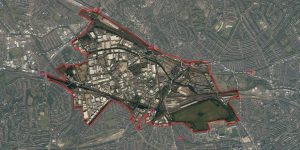 Since 2015, nothing meaningful has developed at Old Oak. There is still no land-owning strategy, nor an infrastructure funding plan.  Without either, it is inevitable that the OPDC has stalled and the whole project has widely been referred to as a “cock up”.

This cannot continue and the elected Mayor in May 2020, will need to get a grip.

In order to ensure that the next Mayor delivers a new neighbourhood for Londoners over the next 20 years, that regenerates the whole of Old Oak, from a remote space to a meaningful place, Earth recommends the following: